What’s Left of the Seven Wonders of the World?

With one exception and the very oldest, the seven wonders of the ancient world all have been destroyed. Fortunately, travelers can still visit the one. For the rest, it’s too late. Do you remember what they were or, why they were important? Probably not, although at one time, all educated people could. Considered marvels of civilization for centuries, few people know of them today.

The Seven Wonders of the Ancient World were

The Great Pyramid of Egypt is the only one left standing. One of today’s great remaining  marvels in the world, if you have not stood next to these beauties, visit as soon as you can. Do not wait. The experience is worth it!

The last time I was in Egypt, the area’s other “must” was the Cairo museum built in the 1800s. It displays many of the most famous Egyptian antiquities. In plain sight, treasures sit, one on top of another, crowded for lack of space, and barely guarded, often covered in dust. Just as many tomb treasures as those on display are kept in storage. There simply is not enough room to show off everything.

Of course, Cairo is a crowded city. With 20 million people or more, the city is a hive of activity. Over last several years, that activity has included building a new museum and hotels to attract more visitors.

Since my trip, all the buzz has been about the $1Billion plus new museum, the Grand Egyptian Museum or GEM. It may well be the largest museum in the world. Unlike the older, traditional Cairo museum, GEM is state-of-the art museum design. Its façade is made of translucent pyramid forms. The exhibits include technology, and it will be huge!

The GEM design integrates concepts about light and its relationships to the Great Pyramids and the ancient world, as the drawing below suggests. Light is an important concept throughout the museum. 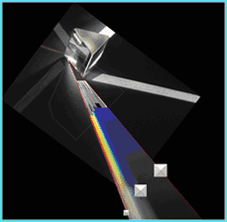 Gem’s opening has been delayed until the summer of 2021 due to COVID19. A few lucky people, including All Aboard Travel’s long-time employee Patsy Sowa have seen parts of it. That’s because Patsy attended a special event hosted by Abercrombie & Kent, one of our preferred partners, last year in Egypt. A&K provides our clients access to all kind of special places and events in Egypt and other exciting places of historical significance elsewhere in the world.

As mentioned in the last few years, there’s been a significant upgrade in Cairo’s hotel scene. New hotels of excellent quality and brands abound, including Four Seasons, Ritz Carlton, and Fairmont.

For many, Cairo, the Pyramids, and now GEM add up to being on “that” list. You know the one: If you haven’t covered the places on it, you just haven’t traveled!